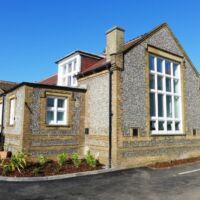 The Old School project involved the redevelopment of Wells-next-the-Sea’s first school, (built in 1838 on land given by the Holkham Estate), to provide new affordable housing for local people who could not otherwise afford to live in Wells. The conversion, completed in January 2015, provides ten new homes which are now fully occupied. The challenges of sensitively adapting a listed building for a new use whilst maintaining the character of the building and its setting were central to the project. Changes to the external appearance of the building are limited and were undertaken using appropriate materials and detailing, the external works were designed to avoid an overtly domestic appearance. Repairs included reroofing the plain tiled entrance courtyard roofs, reusing sound tiles and sourcing new handmade tiles, (including the decorative club tiles that form bands on the principal roof slopes), to match. Other fabric and structural repairs included flint, brick, lime mortar and joinery repairs, undertaken like for like with carefully sourced materials. Internally, considerable effort was made to retain the character of the internal spaces as far as possible, incorporating existing ceiling heights and retaining all of the existing window and door openings. The project was recognized by the Homes and Communities Agency as an excellent example of Rural Housing Development and has been chosen as an exemplar by the Government’s Rural Housing Advisory Group (RHAG) to illustrate best practice. The RHAG commented that the Old School was particularly remarkable as a redevelopment rather than a new build. 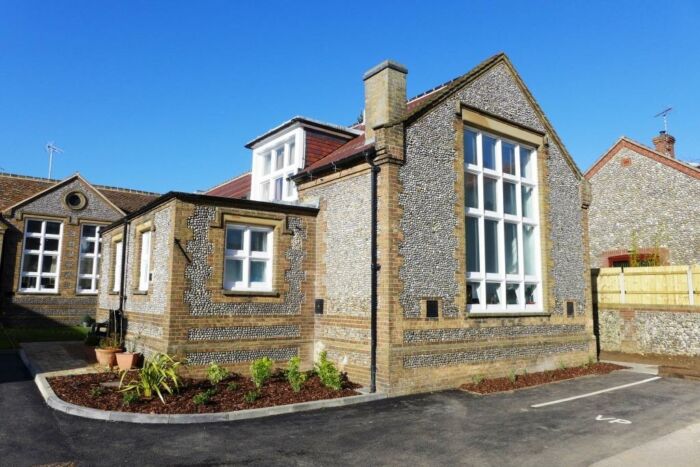 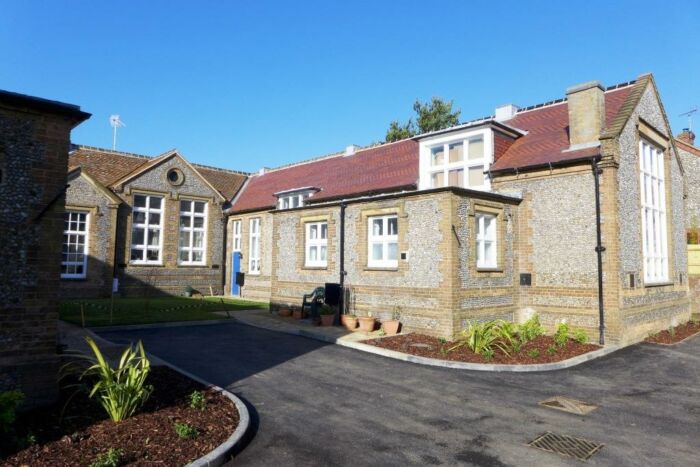 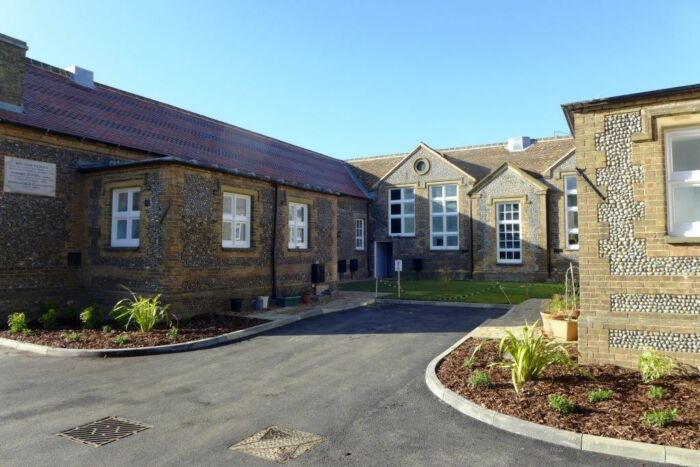