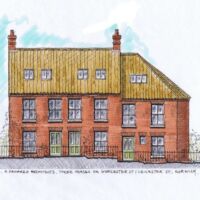 This project involved the redevelopment of a tight corner site in a residential area close to the city centre. The site formerly housed a scout hut following war time bomb damage, the surrounding development is pre-dominantly Victorian terraced housing, a new terrace of three houses successfully turns the corner on the junction between Gloucester Street and Leicester Road. The project received a Norwich Society award and was described by the judging panel as follows: The Planning Advisory Committee often has to object to the most hideous attempts to infill into existing street patterns, usually of Victorian terraces. So how refreshing it was for the judges to see this example at the corner of Leicester St and Gloucester St.   The scale, window size and type, and general detailing are very fitting in this position. The end house turns the corner well, unlike so many we see. This is a fine example of how to modestly infill in a tight sensitive site and one which enhances and reinforces the street pattern. In recognition of this the judges give a NS award. 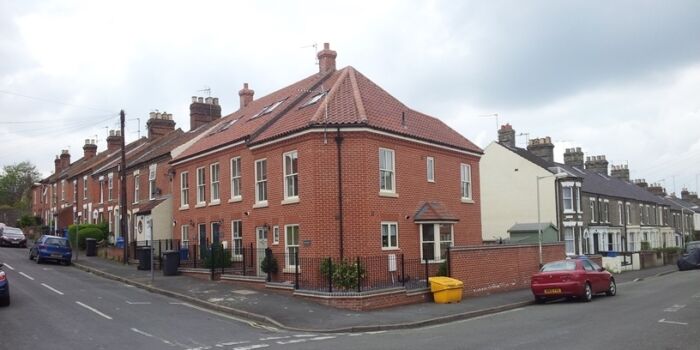 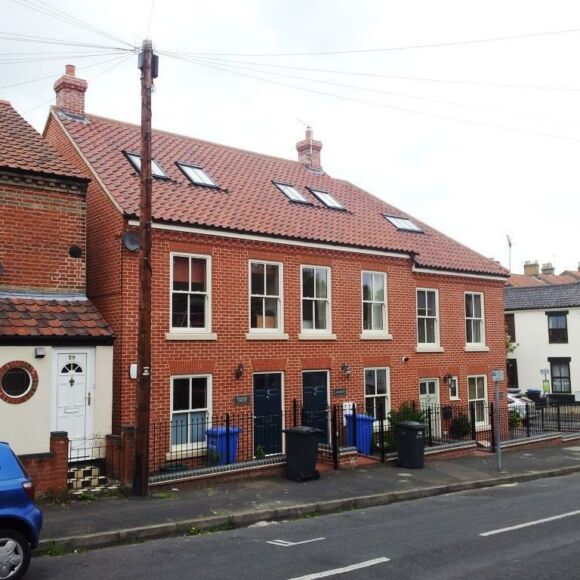 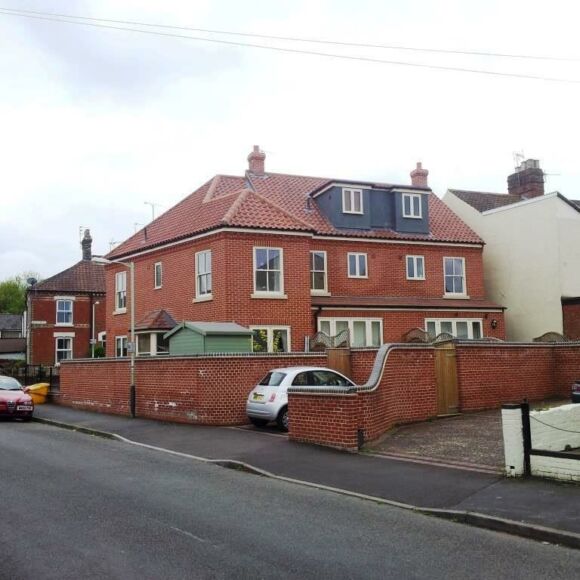 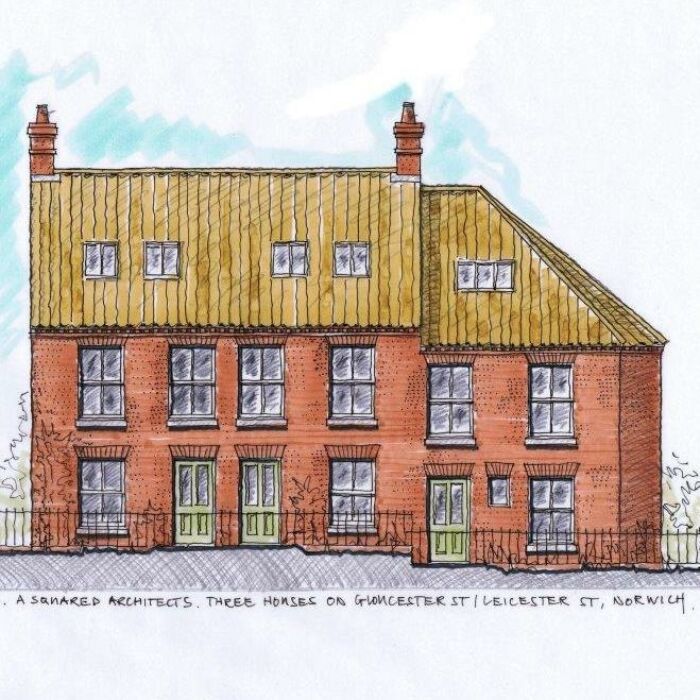